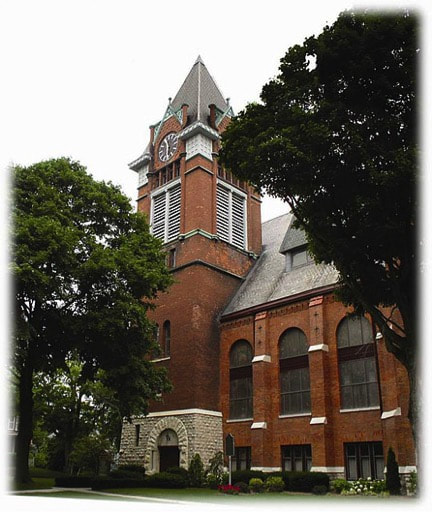 First Congregational United Church of Christ of Manistee
412 Fourth Street (corner of Oak Street)
The building was dedicated on December 11, 1892 and was the congregation's third structure.  William LeBaron Jenney, from the firm of Jenney and Otis, was hired to design the structure.  Originally there was a balcony extending around the room with seating for 1200.  The hand-carved pews were made in Manistee.  Sixty feet above the floor of the sanctuary rise the laminated beams formed on the site.  At least 42 stained glass windows grace the building with two of them coming from the studios of Louis Comfort Tiffany.  There is also a clock tower with a hundred plus year old clock that is wound weekly made by local clockmaker, Nels Johnson.


​This will be our refreshment location throughout the tour times of 1-5 pm.