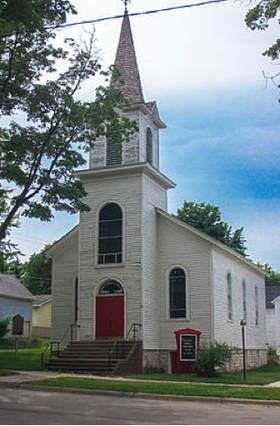 Old Kirke Museum
300 Walnut Street
Our Savior's Church is the oldest Danish American Evangelical Lutheran church building in America, and we are on a mission to save our Old Kirke Museum and promote cultural tourism in the Manistee area. We tare turning he building’s lower level into an exhibit space and have preserved the beautiful sanctuary where Scandinavian working families and their descendants worshipped from 1868 until 1970 when Our Savior's Historical Society was formed and the building became a non-profit museum. This year marks the building's sesquicentennial and the opening of the Old Kirke Museum Exhibit Hall, which houses temporary exhibits and the permanent installation of the Madsen Manistee Lumbering Camp Dioramas. 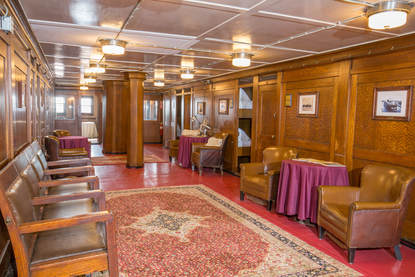 SS City of Milwaukee
​ 99 Arthur Street (US 31)
A "mini-tour" of the SS City of Milwaukee is offered as a pre-tour. Built in 1930 and launched in 1931, the steamship City of Milwaukee  is the last traditional railroad car ferry on the Great Lakes.  She still features her original triple expansion steam engine, original woodwork and brass fixtures.Built and operated by the Grand Trunk Railroad until 1978, she was capable of carrying 22 modern railroad freight cars. She then sailed for the Ann Arbor Railroad before retirement in 1981.

This National Historic Landmark museum is available for tours and is operated seasonally as a bed and breakfast. 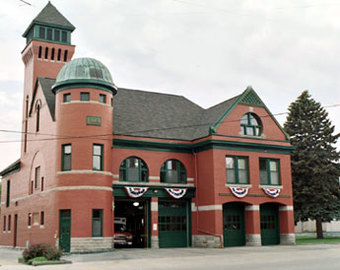 City of Manistee Fire Hall
281 First Street (at corner of Hancock Street)
City of Manistee Fire Department was founded inn 1869.  The current location was built in 1888, and opened in May of 1889.  It is the oldest continuously active fire station in the State of Michigan, and it is the 11th oldest in the nation.  The local station is attempting to be placed in the Guinness Book of World Records for the title of the “Oldest Continuously Manned Operating Fire Station.”